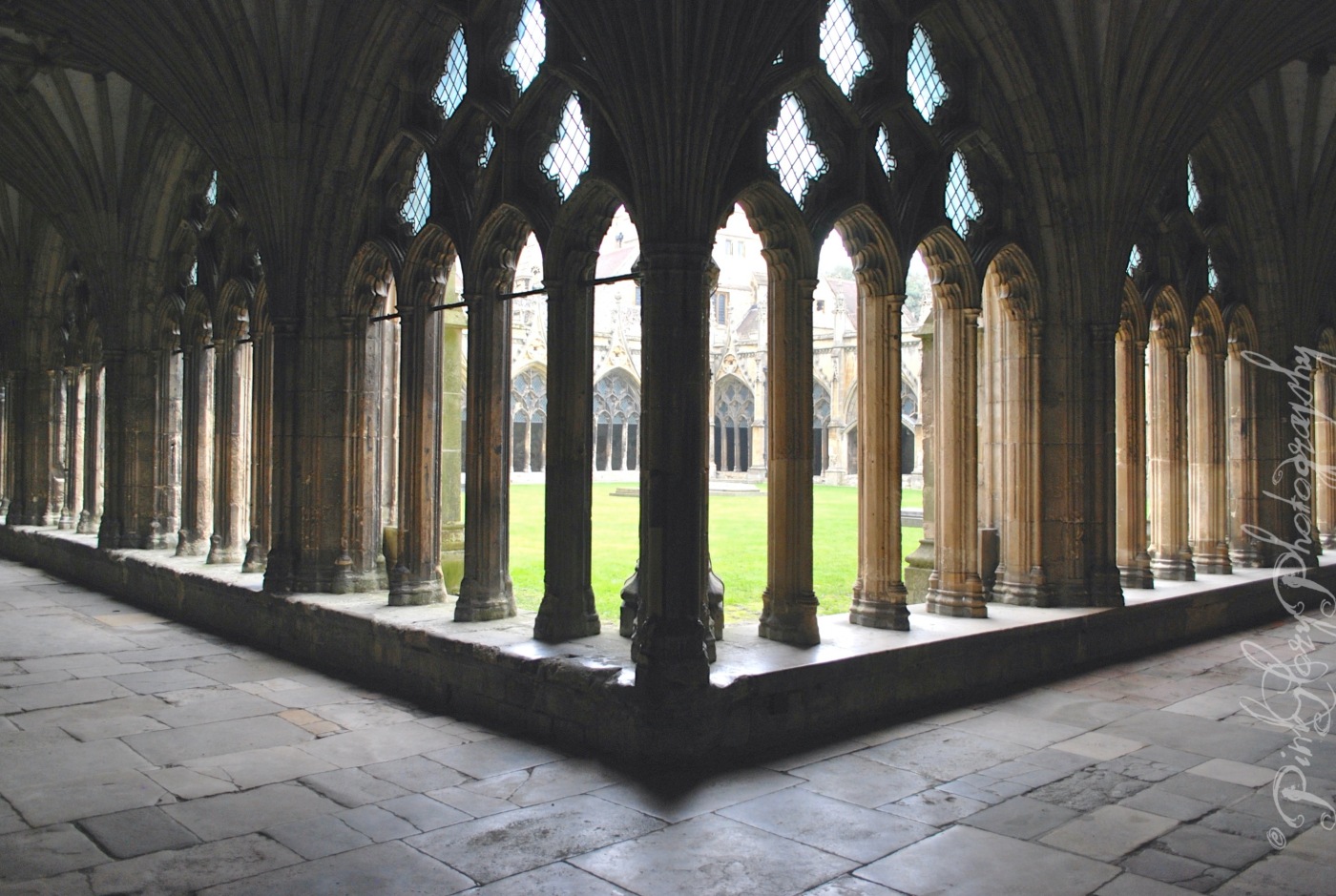 I am doing something this year that I have never done before. That is I have planned out my blog topics for the year. I am actually quite impressed that I’ve kept up with even writing my blog. Usually life gets in the way of what I would like to do. Having a plan has definitely allowed me to focus on the task and make sure that I get things accomplished.

So this year, I have decided to work through what we as a family, and as our church, believes. These beliefs make up the backbone of our life and faith practice.

In 2010, my husband became an Anglican priest. Our children were quite small, so they just went along with it. I did too. I have slowly gained precious knowledge and appreciation for the practice of faith that we have. Many people have no idea what Anglicanism is so, in order to increase my understanding, I have endeavored this year to undertake the task of peeling apart some of the layers of Anglicanism though in a very simplified manner.

I will try to explain what our beliefs are as best as I can. I am just a layperson and not a theological expert. I am doing it publicly, in blog format, not just for you, but to help me to continue to understand what Anglicans believe and say it “out loud” to cement it in my brain.

Anglicans have their beliefs written in a document, the Thirty-Nine 39 Articles of Religion. It is an amazing historical document written in the 16th century during a turbulent time in history. My goal this year is to take on each article in the Articles and explain what it means.

But before I unpack the document I feel I have to talk about where this document comes from. So here goes…

We must go back in time to the 15th and 16th Centuries.

Henry VIII was born in 1491. He was the third child of Henry VII and became first in line to the throne after his brother, Arthur died. Arthur had been married to Catherine of Aragon. The reigning King Henry VII wanted to keep the ties to Spain strong, so he wrote to the Pope to receive a special dispensation so that Henry VIII could marry Catherine of Aragon. At this time, marrying ones in-law was against church law. The Pope gave his approval, and Henry married Catherine.

We all know a male heir was very important. After the marriage, Catherine had multiple stillbirths and children who died shortly after childbirth. Their daughter, Mary, was the only one to survive. This was not what Henry VIII wanted. He wanted a son to become king.

Because Catherine was not able to give Henry a male heir, Henry decided that his marriage to her was not proper, and he wrote to the pope to annul his marriage. After all, he should have never gotten married to his sister-in-law in the first place. (Flip-flop to suit your whims, much?) At the time, the Pope (Clement VII) was being held by the family of Emperor Charles V of Spain, who happened to be nephew to Catherine, and he would not give Henry the annulment.

In 1529, in the midst of this crisis, Henry met a man, Thomas Cranmer. Cranmer was a tutor at Cambridge University. He was the one who suggested that Henry’s marriage to Catherine could be dissolved because it was unlawful in the first place. Henry had found an ally. Not only did Cranmer agree with Henry on his marriage dissolution, Cranmer had also been influenced by the continental reformers: Luther, Zwingli, Melanchthon etc. And was desirous of changing the church in England into something that looked like the Early church. He wanted the English church to have Scripture as its authority, not those in power.

The Archbishop of Canterbury, who was very open minded, died, and Henry wanted Cranmer to become the new one. So in 1533 Cranmer was ordained Archbishop of Canterbury with the approval of Rome. Rome wanted to appease the English so that the they wouldn’t leave the Roman church. Still, Henry’s annulment hadn’t been approved. Henry and Anne Boleyn had been secretly married. They were already expecting a child. Pope Clement stalled his decision to annul the marriage to Catherine and that was the impetus for Henry to go to Parliament, and Parliament made two declaration. First, England was it’s own empire. Second, the King is the head of the Church and the State in England. With this, Cranmer declared that Henry’s marriage to Catherine was annulled. For this reason, the Pope in Italy declared that Henry be excommunicated. The Church of England formed and was no longer attached to the church in Rome.

The parliamentary decisions were made and yet the real nitty gritty of church belief and practice had not been explained and worked out. Multiple acts of parliament were passed to handle power of the church in the country and the power of the King in the church. The changes in the Church were made more by acts of Parliament than by revolt. (Moorman, 168).

The new English church still looked Catholic in faith and practice, but the Protestant influence was being felt. Cranmer had seen the continental Protestant churches and brought some ideas and beliefs to the new English church. Cranmer wanted the people to know and understand what they were to believe and practice. The Catholic Church was after all a Latin church, and Cranmer wanted an English church. He wanted services to be done in English so that the common folk could truly be a part of it. He wanted the Eucharist (communion) to be for all folk not just the ruling class. He welcomed the new English Bible, which was published in 1538 and was no longer illegal. The people of Britain were finally able to understand Scripture and have services in their native tongue.

Now, for the sake of brevity, as this post is too long already, we’ll just skip and do some bullet points. The English church had separated from Rome, so they now had to write their beliefs down.

1539 – Six Articles Written – helped define the doctrine of the church – celibacy of priests etc. was included. It was not liked by the reformers.

Edward VI was a boy when he became King, and the Reformation in England had been mainly a parliamentary declaration and not really been seen in the local churches. In 1549, just two years after Henry’s death, Cranmer published the Book of Common Prayer. Churches and services were looking less and less like the Catholic Church from which they came.

In 1552, the prayer book was further changed and published. It was in that year that Cranmer was asked to truly define the doctrine of the church. Cranmer came up with 45 Articles, which was then reduced to 42. The Articles were written mainly to refute the doctrine of the medieval church and to give the English church a rock on which to stand. It was influenced by the Lutheran reform movement but was firmly rooted in Scripture as it’s primary source.

Then Edward died in 1553. All things changed. Mary, Henry’s first daughter with Catherine of Aragon, who was staunchly Roman Catholic, reigned. All the reforms that began during Henry’s time and further changed during Edward’s were undone by Mary’s reign. All married priests were removed, altars were rebuilt, and images were once again placed inside of churches. Acts of Parliament repealed all changes to the church since 1528. Cranmer, who although loyal to Mary’s rule because God had placed her in power, recanted that loyalty and was burned at the stake on March 21, 1556.

Mary died two years later, and Elizabeth I was crowned queen. She once again opened the door for the reforms of her father, Henry VIII and the Anglican Church to became grounded in England. She took Cranmer’s 1552 Book of Common Prayer and made it the standard for practice in 1559. Then in 1563 Archbishop Matthew Parker brought forward the 42 Articles again. He and John Jewell revised them into to satisfy those with reformed views and those who were more catholic. The 42 Articles were reduced to 39 after this because 39-42 were “eschatological concepts” (West, 7). Also, Article 5, which deals with the Holy Ghost, was added at the time too.

It wasn’t a happily ever after for the Anglican church because soon after Elizabeth’s death, there came a time of Civil War. All things that even had the faint “odor” of the Catholic or Anglican Church were forbidden by Oliver Cromwell and his Puritan followers. This included the Book of Common Prayer and the Articles. The Anglican Church survived this brief persecution, and in 1651 it was once again restored. The documents of the church, being Holy Scripture, the Book of Common Prayer, and of course, the 39 Articles are still used as the basis of orthodox Anglicanism today.

Phew! I have attempted to draw the picture of the origin of Anglicanism and the 39 Articles. I am going to unpack what the document actually says over the course of the year. (Hopefully, each week it won’t be as long as this post.)

I will lift my eyes to the hills and their Creator.

Plowing through Life in the Country...One Calf Nut at a Time

Breathe life into your service family

the story of our lives

telling the story god is writing for my family

a mom, a dad, four boys, and finally a little girl!